102 years ago today, General Dyer of the British Government opened fire on peaceful protestors in Jalianwala Bagh in Amritsar, India. 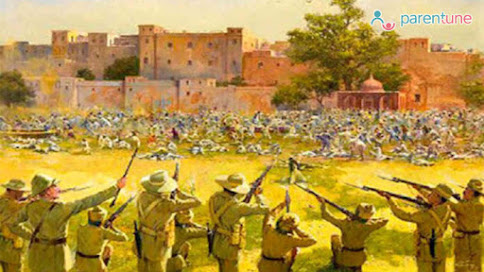 It is one of the few massacres along with the Holocaust that has affected me deeply.  When I watched the movie Gandhi, it further affected me, and I cried.

Queen Elizabeth and PM Theresa May have apologized and regretted the Massacre on behalf of the British people in 2019. Thanks to them for bringing closure to the 100 years old wound.

None of us are responsible for the massacres in the past, and none of us should be held accountable for the acts that we did not commit.

I urge the current Governments around the world to apologize and regret the Genocides and massacres of their people in our lifetime. Germany has apologized for the Holocaust. Many more nations should clean their records. If we cannot do that, what kind of humans are we? The list is very long, but it will bring closure.

In our annual event called Holocaust and Genocides, we started addressing the many Genocides, Massacres, ethnic cleansing, and other atrocities on fellow humans by their fellow humans. Thus far, we have covered 33 such events and hope to cover all of them in the next few years.

If we cannot feel the pain of fellow humans, then we are short-changed in our spirituality; there is something less about us, and we need to work on it to be a whole human being.

I invite you to attend our 17th Annual event on Sunday, January 23, 2022. You will walk out with less burden of hatred towards others but with a commitment to say never again.

Dr. Mike Ghouse is a speaker, thinker, author, community consultant, pluralist, activist, newsmaker, and an interfaith wedding officiant. Mike is deeply committed to Free speech, Human Rights, and Pluralism in Religion, Politics, Societies, and the workplace. He is the founder and president of the Center for Pluralism and a writer at the World Muslim Congress, a Think Tank. He is the author of the book American Muslim Agenda, building a cohesive America. He has dedicated his life to building a cohesive America and offers pluralistic solutions to the media and the policymakers on issues of the day. Everything about him is at www.TheGhousediary.com

Posted by Mike Ghouse at 6:25 AM No comments: