30th Anniversary of Sikh Genocide, a survivor writes his story

Survivor of Sikh Genocides writes on 30th Anniversary.
Published at:


Dallas, Texas, October 31, 2014.  It’s been 30 years since the Sikh Massacre took place in New Delhi; justice is still not served to the victims and their families. The fanatics among Hindus went on a rampage of killing 3000 Sikhs within a week, just because they were Sikhs and nothing but that. The Moderate Hindus, Muslims, Christians and others have condemned the acts of the fanatics.

As we have been learning about the mind set of criminals regardless of what religious garb they don, invariably they deny – some even say, why bring it up, there is no problem now. They are lying to themselves, the sparks of hatred are potent, and can catch the fire any time.

There is a criminal lurking in each one of us, we need to find him and destroy him before he eats us out from within. If we justify the rapes, murders, killing, massacres or genocides by believing "they asked for it" "they ignited it" or worse "they deserved it", then we have a serious problem and need to find a release.

What is needed is to face the problem squarely, acknowledging the wrong doing, and apologizing to the victims and finding mukti, the Jain Dharma offers a great phrase – Michami Dukadam, that is clean each other’s slates and start afresh.

Injustice is the mother of Adharma – i.e., everything that is wrong in the society stems from injustice, and Martin Luther King said, injustice to one is injustice to all at the end.

I hope one day, India will focus on cleaning up its dirty stains – there are many unfinished items on our plate that prick the nation from time to time. The hatred against the other is part of that mess.

Prime Minister Modi believes that when there is prosperity, most of the nagging things will go away, I hope they do. But I believe until we sit down face to face and acknowledge the evil in each one of us, and commit to go forward dumping the old baggage, we will be limping along. We need to reboot our souls, hearts and minds.

The following write up is from a Sikh Survivor of the 1984 Sikh Massacre.  It is a shame that many a families are still waiting for the whereabouts of their loved ones missing for over 30 years. The Indian Government has a responsibility to take this up, to bring relief to the victims of these massacres. I do hope Mr. Modi, as the Prime Minister of the nation, who claims to be a Hindu, acts like a Hindu and restores Dharma – the righteousness and justice to fellow beings.

Pritpal Singh has spoken at our Holocaust and Genocides events and I am pleased to share his story with you, please feel free to share wherever you like.

The Foundation for Pluralism and the World Muslim Congress is commemorating Holocaust and Genocides for the last seven years, as a step towards reconciling with each other and learning about each others pain and suffering of each of us humans on this planet.

Wayne Slater of Dallas Morning News wrote, “Ghouse says he hopes attendees will walk out better appreciating the sufferings of others and seeing “the perpetrator in us” as a way of building trust across social and religious lines.

“I called on my friends with the idea of commemorating the event, and thus began this journey,” said Ghouse. “Education is the purpose; we have to learn, acknowledge and reflect upon the terrible things that we humans have inflicted upon each other, and we have to understand that our safety hinges on the safety of all others around us.”

“There is a shameless cruelty in us, either we shy away or refuse to acknowledge the sufferings of others, worrying that it will devalue our own or somehow it amounts to infidelity to our own cause,” he said. “We should be ashamed of ourselves in justifying the massacres by falsely propagating the myth that the victims deserved it, or asked for it.” It shows an absence of intelligence.

Our event is comprised of 3 segments; Holocaust is the anchor event every year, then Genocides and a Massacre. We have been able to address many Genocides around the Globe, as well as the Massacre of Bangladeshis in 1971, Sikhs in New Delhi in 1984 and Muslims in Gujarat in 2002.

The criminals are still at large and need to be punished to restore peace of mind to the victims and their families. That is the least a head of the state can do for his countrymen and it is good for the psyche of the people. 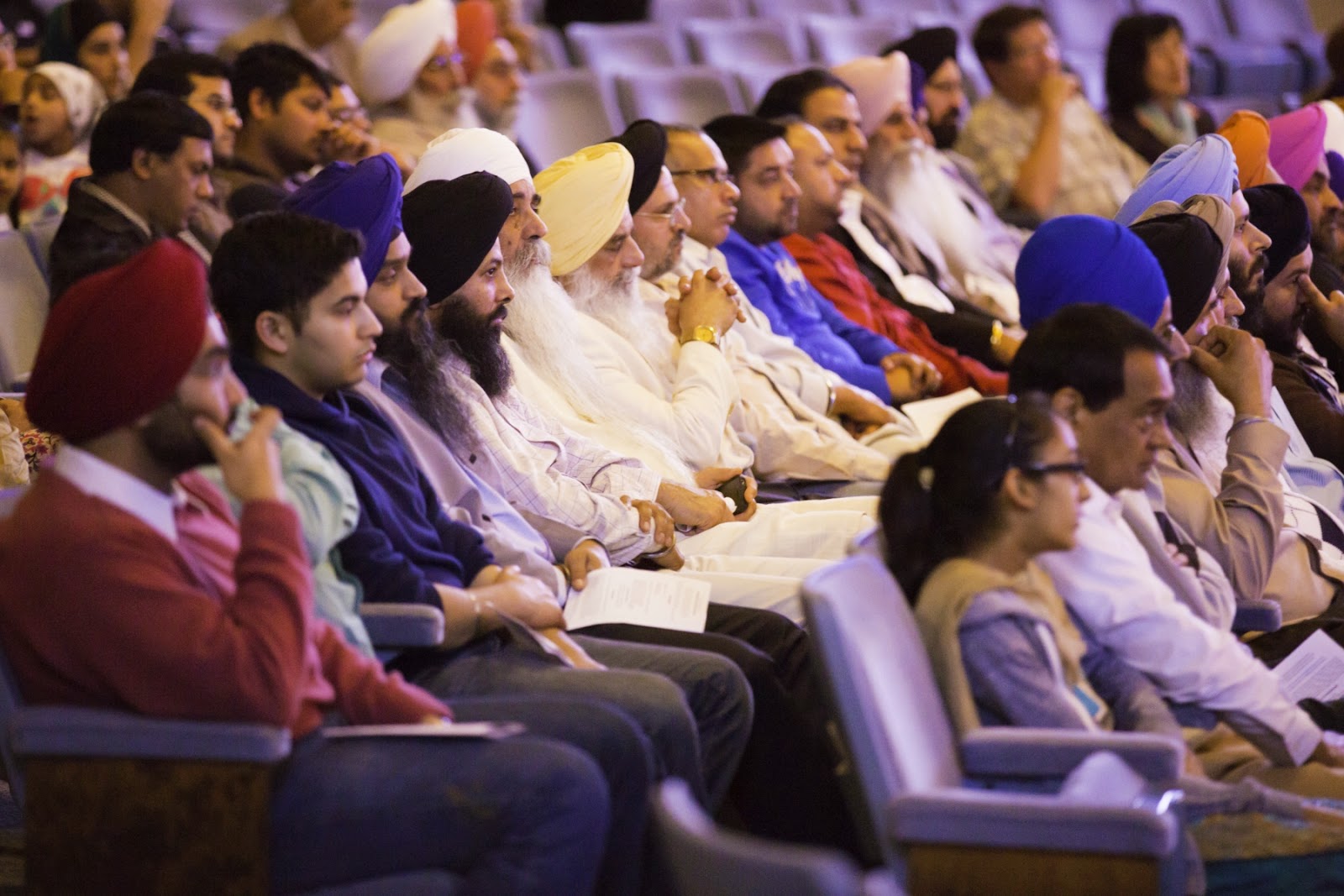 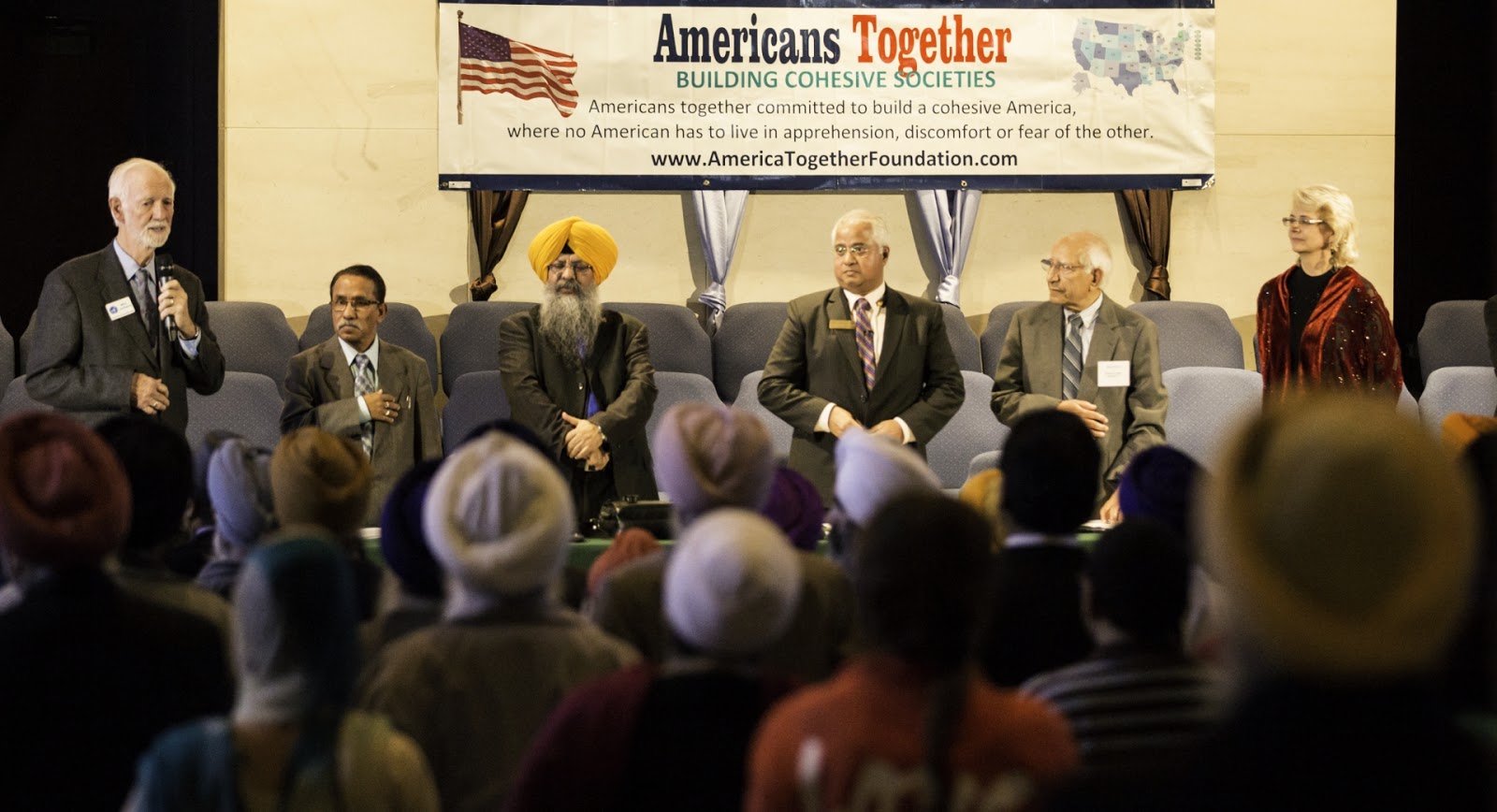 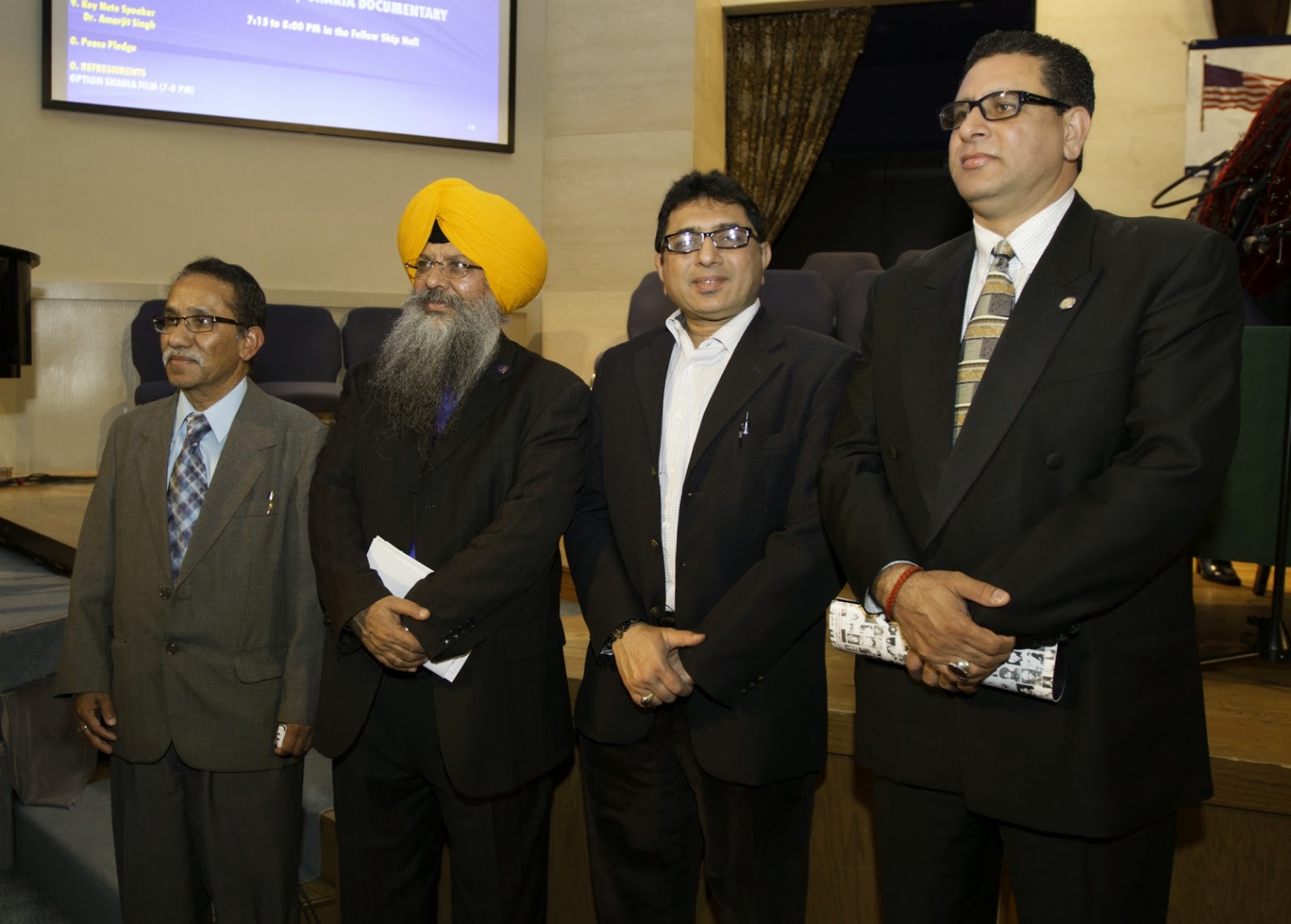 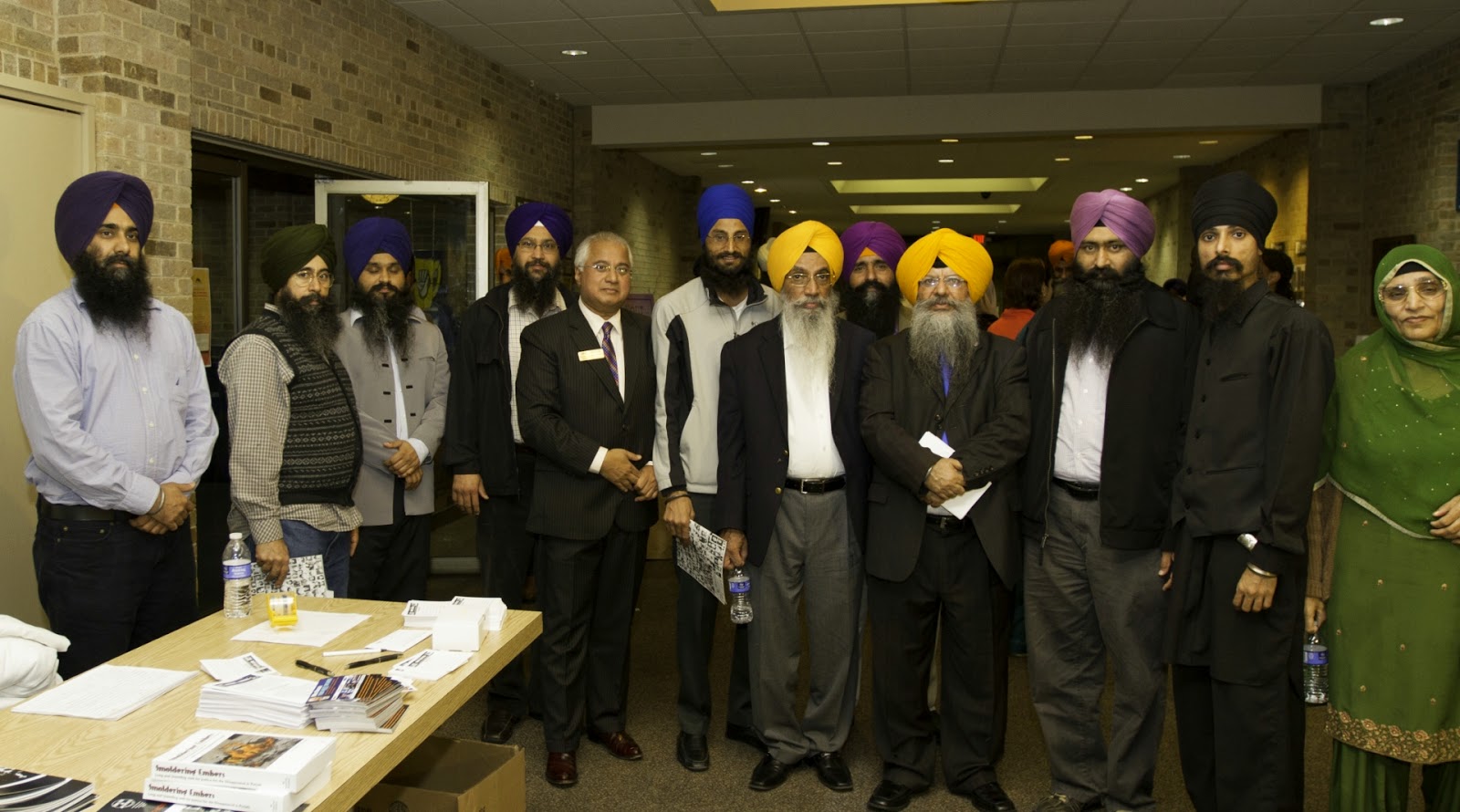 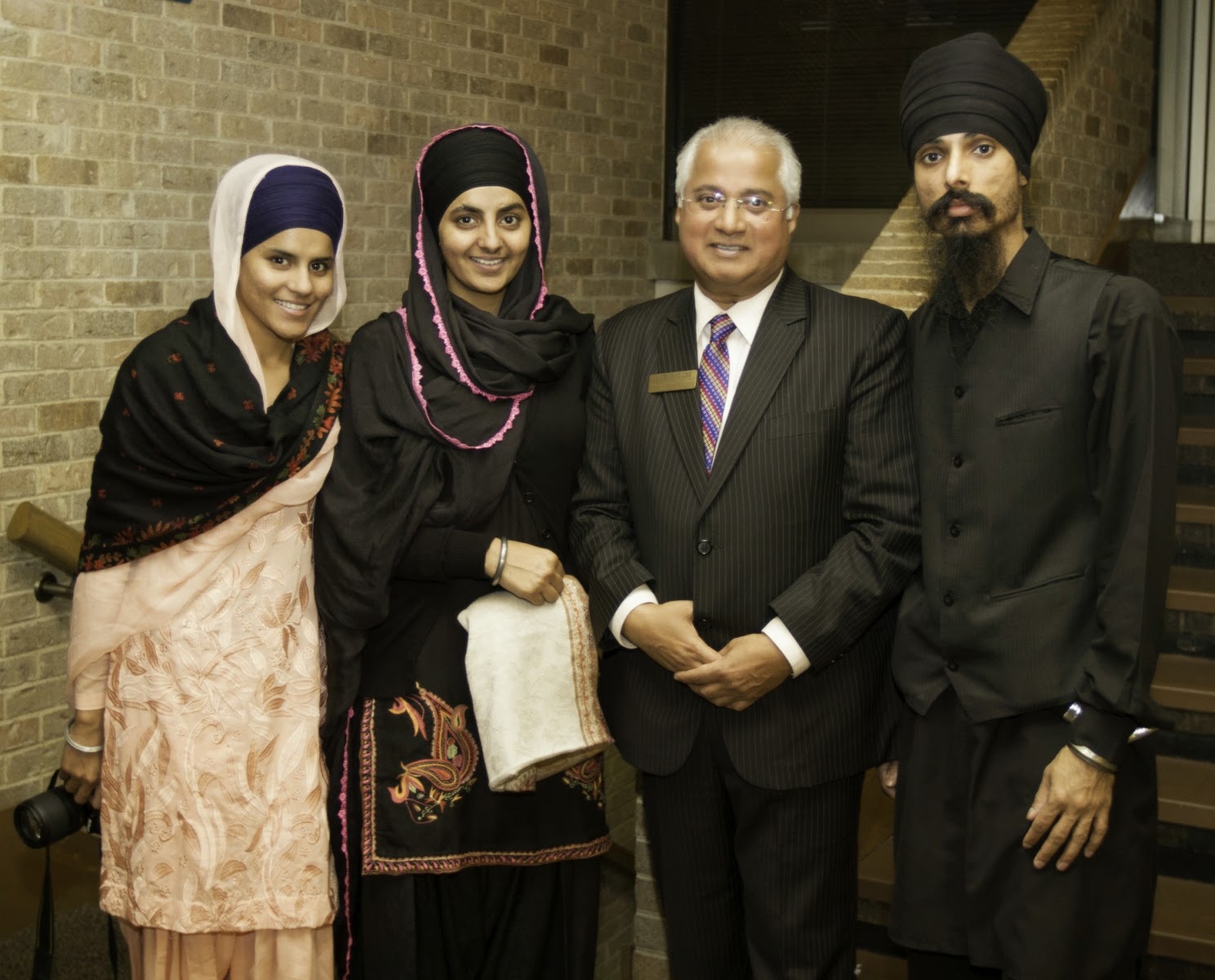 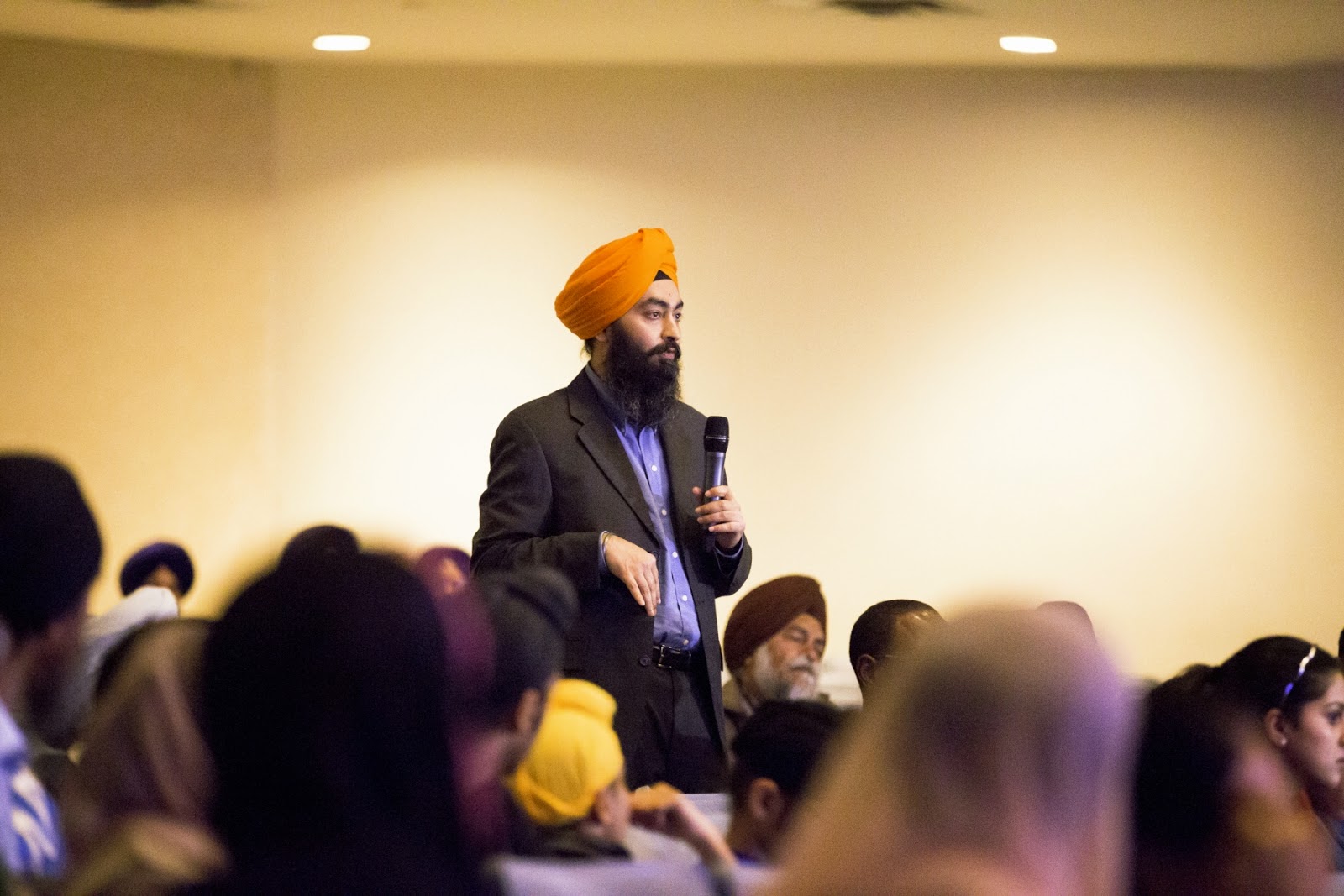 1984:  My Struggle & Inspiration
According to famous Czech writer Milan Kundera, "the first step in liquidating a people is to erase its memory.  Destroy its books, its culture, its history.  Then have somebody write new books, manufacture a new culture, invent a new history.  Before long that nation will begin to forget what it is and what it was...  The struggle of man against power is the struggle of memory against forgetting."  We are here today to continue that struggle.  Never had the citizens of independent India experienced state sponsored genocide against its own people.
After the assassination of PM Indira Gandhi, for three days the well-organized mob with explicit instructions from the federal government went to loot, destroy, rape, eliminate every identifiable Sikh on India.  Iron rods, crow bars, kerosene, and firearms were provided to mobs.  Voter lists, ration lists, and school registration lists were used to identify & track Sikhs, Gurdwaras, and Sikh businesses.

Slogans like "blood for blood" were shown repeatedly on state controlled TV.  Rumors were circulated about the violence against Hindus in Punjab to incite hatred against Sikhs in India.  Sikh soldiers were disarmed and confined to barracks while army was deliberately kept outside Delhi until 11/4.  All this occurred in the presence of police who ignored the violence or at times aided in it.  The police officers who deviated from this order were neutralized and records were manipulated to destroy paper trail and to protect criminals from prosecution.  For the Sikh victims, the police refused to record FIR (First Information Reports) or falsified them.
According to NY times, there was complete censorship of the press.  The relief measures were inadequate.  VM Tarkunde, retired justice of the Indian Supreme Court, stated "Two lessons can be drawn from the experience of Delhi riots.  One is about the extent of criminalization of our politics and the other about the utter unreliability of our police force in critical situation."  According to government report the number of Sikhs killed in Delhi was 2733; HS Phoolka, Delhi high court lawyer, estimates 4000; Affidavits have been filed for 5015; Madhu Kishwar, editor of Manushi, estimates 10,000.  These   estimates are just in Delhi while the killings occurred throughout India.
Rajiv Gandhi justified the Sikh murders, rapes, loot & arson by saying, "When a great tree falls, earth trembles."  The result of the violence against an easily identifiable minority was winning 414/533 seats in the parliament for Congress Party of India.  Even the opposition party, Sangh Parivar, stated the Sikhs invited the attacks.

There have been 11 commissions & inquiries but no high level politician or law enforcement official has been convicted despite eye witness accounts and abundant of evidence.  On the other hand, the perpetrators were awarded cabinet positions, governorships, and party chief positions.  The lack of accountability against the organizers of the Genocide paved the way to the violence against Muslims in Gujarat in 2002.

Pogroms will continue to occur in India unless the State acknowledges and records these violations in a transparent & honest manner, toward cleansing itself of the people and the institutions that perpetrate these crimes and addressing the survivors' rights to knowledge, justice, and reparation.
I, as a survivor of the Sikh Genocide of 1984, wait for a day when the citizens of India will demand and display the very ideals of unity, justice, and healing as the citizens of America illustrated after the Wisconsin massacre in 2012.  So, my dear brothers & sisters, we cannot forget the killings of innocent people no matter where they occur.  Instead, we ought to remember, revive, and respond like our fathers & mothers did.  They sought Inspiration from within and channeled their energy toward discovering their role in pursuit of Justice.
Pritpal Singh
Posted by Mike Ghouse at 6:50 PM No comments: 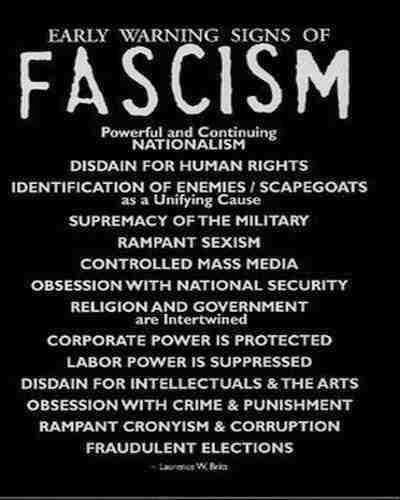 Posted by Mike Ghouse at 6:32 PM No comments: